Concert Music
“Fanfare for Tomorrow perfectly captures the resiliency of the American spirit, and will now also forever be associated with the symbol of our democracy that is the American Presidential Inauguration.”
— Colonel Jason K. Fettig, Director, “The President’s Own” United States Marine Band

Boyer’s third original concert band work, Fanfare for Tomorrow, was commissioned and premiered by “The President’s Own” United States Marine Band, for the Inauguration of Joe Biden as the 46th President and Kamala Harris as the 49th Vice President of the United States.

The composer also created a version for orchestra, which was premiered by Gerard Schwarz at the Eastern Music Festival, and performed by the Cincinnati Symphony and Pops Orchestra, which had commissioned the original brief solo horn version of the work.

Composed 2021
Commissioned by and dedicated to “The President’s Own” United States Marine Band, Colonel Jason K. Fettig, Director, in honor of the Inauguration of Joseph R. Biden, Jr. as the 46th President of the United States of America

It was truly a great honor to be invited to compose a fanfare for “The President’s Own” United States Marine Band to premiere at the Inauguration of Joe Biden as the 46th President of the United States. I had previously collaborated with this ensemble and its Director, Colonel Jason Fettig, on my work Fanfare, Hymn and Finale, commissioned to celebrate the band’s 220th anniversary in 2018, so I was well aware of the Marine Band’s superb quality.

Fanfare for Tomorrow began as a brief piece for solo French horn, originally commissioned by the Cincinnati Symphony and Pops Orchestra in 2020, as part of their Fanfare Project in response to the pandemic. When Col. Fettig invited me to compose a piece for the Inauguration, with a very fast timeline, I suggested that I expand and develop that solo horn piece for a full concert band, and he enthusiastically endorsed that idea.

In a period which has been deeply challenging for our country, I was grateful for the opportunity to contribute some optimistic music to an historic occasion, which represented the beginning of a new chapter. In what had to be a unique way for a composer to experience a premiere, I heard this fanfare being performed in the background of CNN’s television coverage of the Inauguration — at the very moment when Joe Biden and Kamala Harris arrived at the Capitol, en route to take their oaths as the President and Vice President of the United States.

“Peter Boyer’s wonderful orchestration and expansion of his Fanfare for Tomorrow occupied a very special part of the Marine Band’s soundtrack for the 59th Inauguration. We programmed this heroic and patriotic piece as the finale of a trio of new fanfares composed for the occasion, and it just happened to coincide with the arrival of the President-Elect to the Capitol on that day.

Fanfare for Tomorrow perfectly captures the resiliency of the American spirit, and will now also forever be associated with the symbol of our democracy that is the American Presidential Inauguration.” 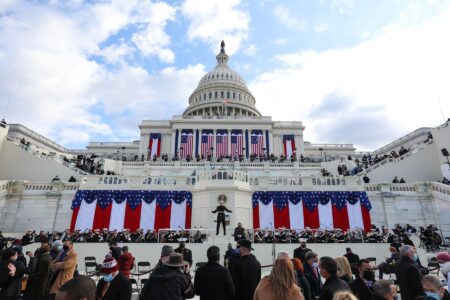 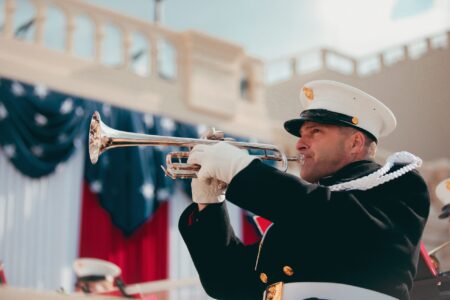 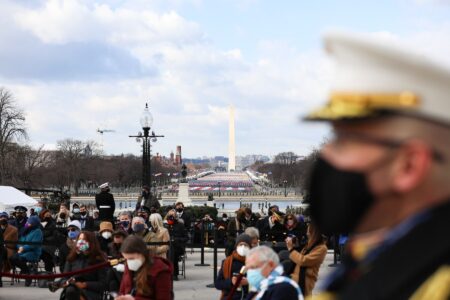 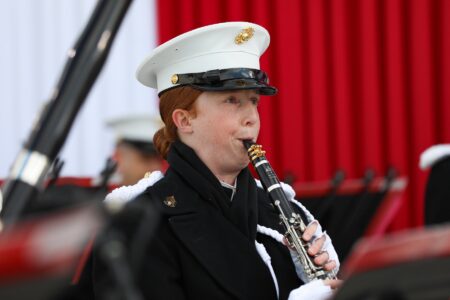 This video clip derives from the official live stream of the Joint Congressional Committee on Inaugural Ceremonies, which provided coverage of the Inauguration. The audio includes the premiere of Fanfare for Tomorrow, being performed live by the U.S. Marine Band as President-Elect Biden and Vice President-Elect Harris arrived at the Capitol.

The original brief solo horn version of Fanfare for Tomorrow, commissioned as part of the Cincinnati Symphony Orchestra’s Fanfare Project, performed by Elizabeth Freimuth, Principal Horn of the CSO.