The Dream Lives On:
A Portrait of the Kennedy Brothers

Concert Music
“Peter’s was the perfect voice for the project.  His music exults and elevates… It has distinctly ‘American’ feel, a buoyancy and optimism that I feel is perfect for the occasion.”
– Keith Lockhart, Conductor, Boston Pops Orchestra

Peter Boyer was commissioned by the Boston Pops Orchestra to create a work celebrating the legacy of John, Robert, and Edward Kennedy, as the centerpiece of the Pops’ 125th anniversary season. The commission marked both the 50th anniversary of JFK’s election year, and the recent passing of Senator Ted Kennedy. The Dream Lives On pays tribute to the call to public service, drive for social change, and legacy of optimism for America’s future epitomized by the Kennedy brothers. Conceived by Lockhart, composed by Boyer, with text by Tony Award winner Lynn Ahrens (Ragtime), the work combines quotes from speeches by the Kennedy brothers and Ahrens’s original text with Boyer’s dramatic orchestral-choral score.

narrator(s) (three male narrators and one female narrator preferred, but may be performed with a single male narrator)
SATB chorus (optional, but highly recommended)
3(III=picc).3(III=corA).3(III=bcl).3(III=cbsn)—4.3.3.1—timp.perc(4)—harp—pft(=cel)—strings

From the Kennedy Family

“Everyone who saw it, and heard it, was truly inspired by the performance. It is such a tribute to my father, and to the very best in the American spirit. He and my mother would have loved that politics was transformed into art.”
— Caroline Kennedy, letter to Peter Boyer

“What a gift for the ages! Our whole family was thrilled by your magnificent composition—and so was the entire audience at Symphony Hall. Teddy would have loved it too, and I will always be grateful to you.”
— Victoria Reggie Kennedy, letter to Peter Boyer

“I want to thank you once again for the amazing job that you did putting my family’s words into music. The evening at the Boston Pops was one that I will never forget. Thanks to you, the dream really will live on.”
— Ted Kennedy Jr., letter to Peter Boyer

“This project has been a dream of mine for some time, so I was very concerned that we collaborate with a composer whose voice complimented the inspiring words of these three iconic Americans,” said Boston Pops Conductor Keith Lockhart. “I realized that Peter’s was the perfect voice for the project. His music exults and elevates, while never overpowering. It has a distinctly ‘American’ feel, a buoyancy and optimism that I feel is perfect for the occasion.” Boyer’s research for the project included traveling to Arlington National Cemetery to visit the graves of the three Kennedy brothers, and extensive study of archival recordings of the Kennedys’ speeches, from which the work’s texts were drawn. 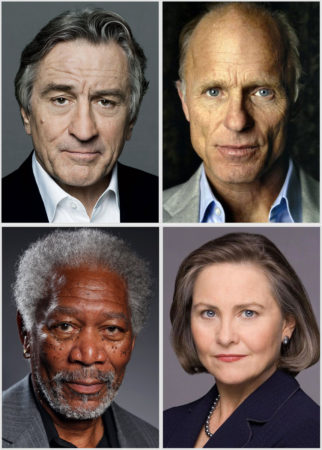 The event drew a level of national and international media attention that was extremely rare for the premiere of a work of classical music. Earlier that day, Boyer and Ahrens participated in a press conference alongside De Niro, Freeman, Harris, Jones, and Lockhart, attended by dozens of journalists. All of Boston’s major television, radio, and newspaper outlets covered the event. An Associated Press story about the Kennedy tribute ran in over 100 media outlets, including the Washington Post, Los Angeles Times, ABC News, NPR.org, Huffington Post, Musical America, the BBC and the CBC. Boyer was included in CNN.com’s Intriguing People column. 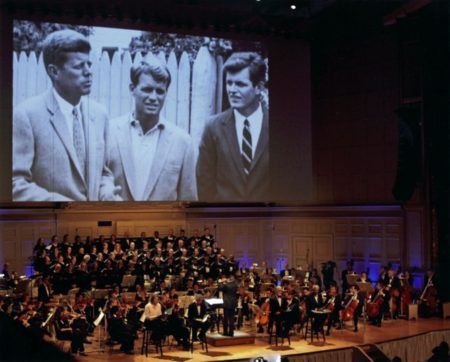 Further high-profile performances of Kennedy Brothers followed its premiere. Additional performances at Symphony Hall were narrated by Will LeBow. The work was performed as part of the 37th annual Boston Pops Fireworks Spectacular on the Boston Esplanade on July 4, 2010. An immense audience estimated at over 750,000 heard the work live, with an additional audience viewing the telecast by WBZ-TV, Boston’s CBS affiliate. Jack Williams, Lisa Hughes, Will LeBow and Jeremiah Kissel narrated.

Noted Hollywood actor Alec Baldwin narrated Kennedy Brothers at the Tanglewood Music Festival (the summer home of the Boston Symphony Orchestra) on July 18, 2010. Baldwin served as the sole narrator for the work. Oscar-winning actor Chris Cooper narrated Kennedy Brothers at Hyannis Port on August 1, 2010, in a performance again attended by many members of the Kennedy family. The Boston Pops gave a tenth performance of the work on the Boston Common on September 26, 2010, narrated by Jeremiah Kissel. All performances were conducted by Keith Lockhart.

The Dream Lives On: A Portrait of the Kennedy Brothers is available for performance by all orchestras. (Though commissioned by the Boston Pops, it is not exclusive to them.) Perusal requests and rental inquiries may be directed to Bill Holab Music.

The full score, study score, and vocal score for Kennedy Brothers are available for purchase from the Bill Holab Music website.

“Boyer’s work accomplishes the goals… of amplifying the texts by these three American icons. His writing draws from the traditions of Williams-esque Hollywood film scores, Broadway musicals, and American neo-Romanticism.”
— The Boston Globe

“The Dream Lives On: A Portrait of the Kennedy Brothers received its world premiere to much media fanfare. Commissioned for the 125th anniversary of the Boston Pops, this multi-media piece by composer Peter Boyer is a deeply felt homage to what Mr. Lockhart called ‘the 50-year legacy of the Kennedy brothers’… On this night of fervent musical patriotism, to love and admire the Kennedys was, it seemed, equated with love of America. Mr. Boyer’s music served this goal well. It was reminiscent of the more ‘serious’ music of John Williams.”
— The Boston Musical Intelligencer

In the fall of last year, I received the kind of phone call composers dream about. Keith Lockhart, with whom I’d never spoken, called me to discuss his conception of a new work for the Boston Pops, in tribute to John, Robert, and Edward Kennedy, and to offer me the commission to compose the music for this project. Of course, I immediately accepted. I have had a longstanding deep admiration for the Kennedy brothers, and in fact for years had been contemplating a composition about JFK. A work celebrating these three great men was even more richly appealing.

In early 2010, I began research for this project, including consulting many books and archival recordings of speeches of the Kennedy brothers. I also traveled to Arlington National Cemetery to visit their graves. For me, this was a profoundly moving experience, which gave me an even greater sense of reverence for their places in American history. At the gravesites of John and Robert Kennedy, some of their most famous words are carved into stone. Many of these words memorialized at Arlington are also included in this new work, so I felt a sense of great responsibility for the task.

For my text collaborator on this project, Keith suggested Lynn Ahrens, who shared my deep admiration for the Kennedys. Lynn’s theatrical instincts and experience were invaluable in shaping the text. It was her conviction that no factual exposition was necessary, but simply brief context provided by a few poetic lines, with most of the words being those of the Kennedy brothers themselves.

Both John and Robert Kennedy died before I was born (in 1970), so I am too young to have memories of them during their lifetimes. Yet I have had a profound awareness of their lives, achievements, and tragic losses for as long as I can remember. This work does not dwell on how they died. Rather, it celebrates how they lived. Ted Kennedy joined the Senate eight years before my birth, so throughout most of my life, until his death last year, I’d been aware of his work as a tireless champion of countless important causes. Yet it was not until I began to research his life for this project that I became more fully aware of the remarkable scope of his legislative achievements, over more than four decades.

For me, the most inspiring aspects of the Kennedy brothers’ legacy are a commitment to idealism, and a sense of enduring optimism for our nation and for mankind. Thus the title of the work, The Dream Lives On, is taken from one of Ted Kennedy’s last public speeches, at the Democratic National Convention in 2008. Although valiantly struggling with brain cancer, and overcoming great odds just to deliver that address, the optimism of his speech was remarkable; and that optimism, typical of the Kennedys, has set the tone for this work.

I would like to acknowledge how personally meaningful these performances are to me. As a composer, the superb recordings of the Boston Pops have influenced me over many years. Also, as a Rhode Island native, I grew up with a deep admiration for the musicians of this great orchestra. Performances I attended here at Symphony Hall some 20 years ago, as a college student and fledgling composer, were among my most formative musical experiences. Since then, it has been a dream of mine to have my music performed in this historic hall by these extraordinary musicians, and the fulfillment of this dream through these performances is something I shall always treasure. That the work being premiered is in tribute to these men for whom I have such reverence, with their words being read by three of the most acclaimed actors of our time, makes this more than merely a memorable occasion. It is, quite simply, as profound an honor as I can imagine for a composer, and words cannot express my gratitude at having been given this opportunity.

I would like to thank Lynn Ahrens, Susan Dangel, Dennis Alves, the Pops staff, all the members of the Boston Pops Orchestra and Tanglewood Festival Chorus, narrators Robert De Niro, Morgan Freeman, Ed Harris, and Cherry Jones, and especially Keith Lockhart. It has been my privilege to work with all of you on this special project.

The musical score bears the following inscription: “dedicated with profound respect to the memory of John F., Robert F., and Edward M. Kennedy.”

Boyer: The Dream Lives On: A Portrait of the Kennedy Brothers 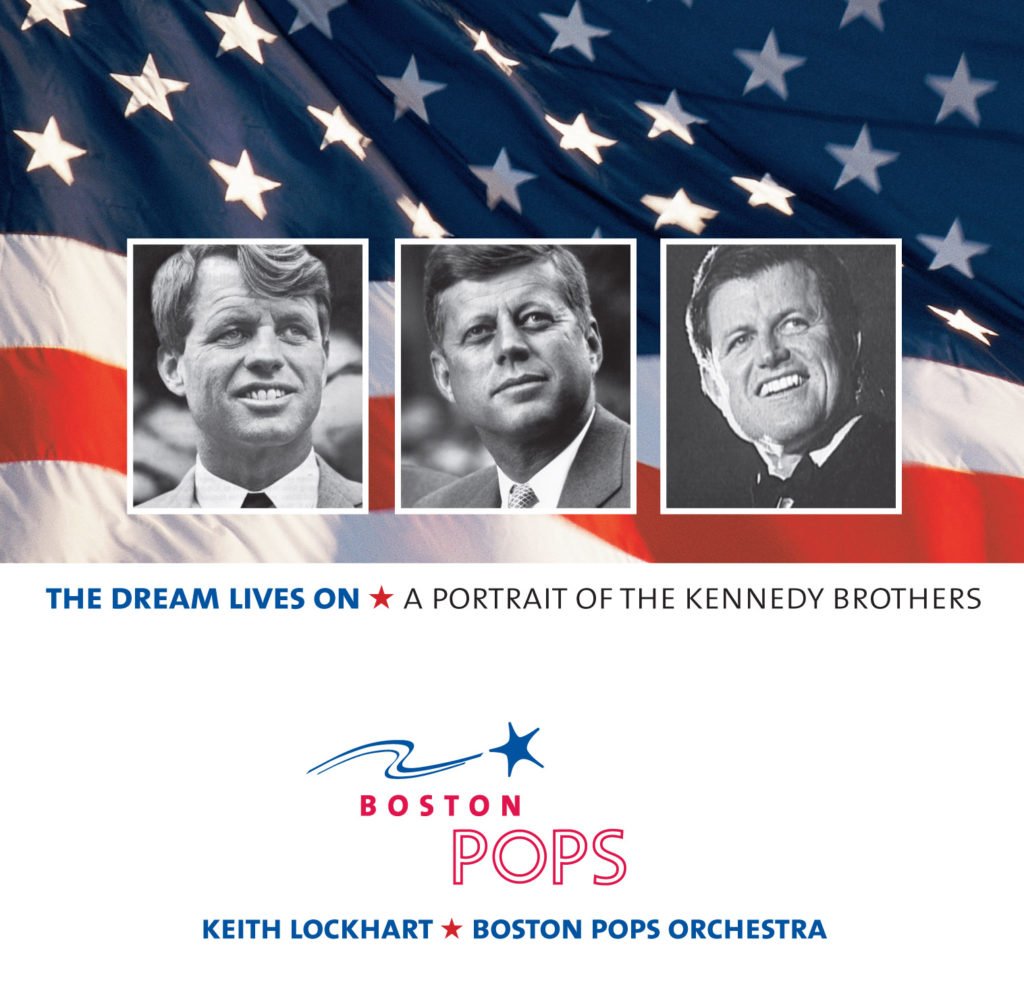 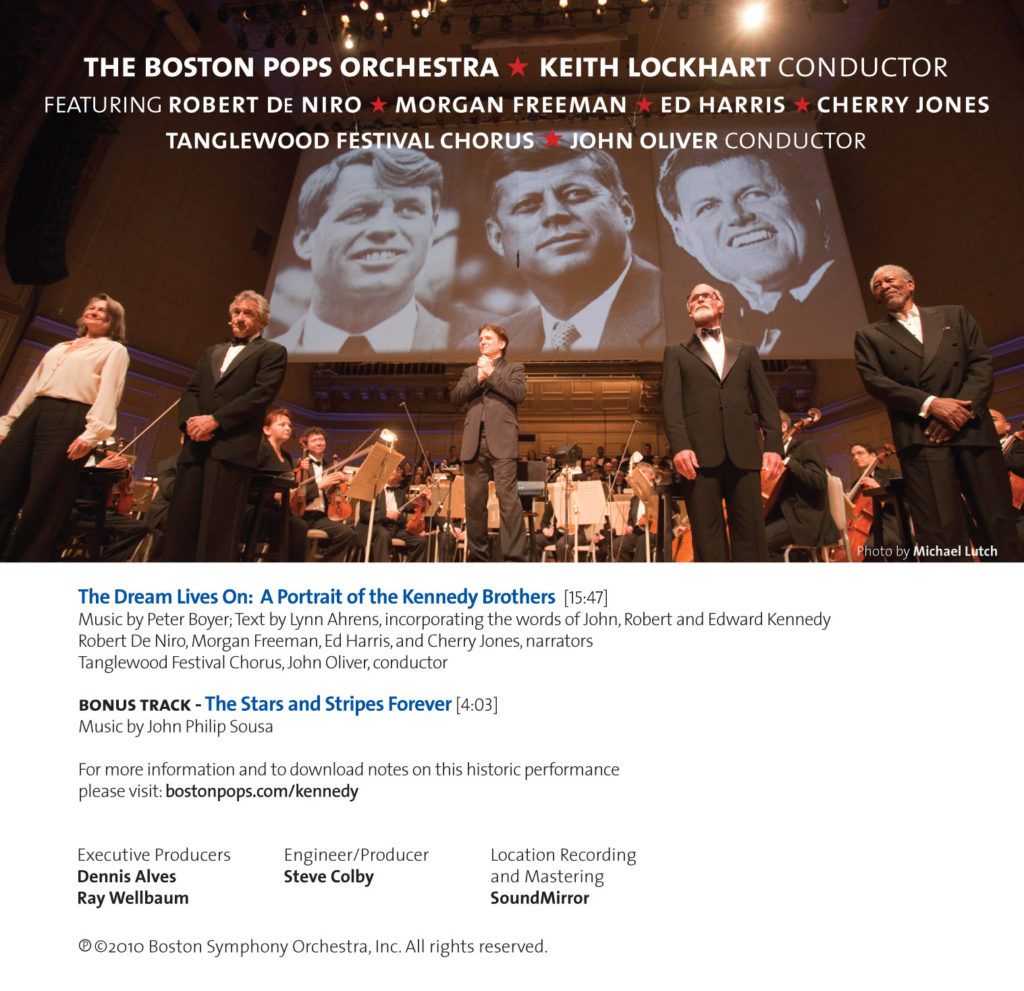 Video from the Premiere 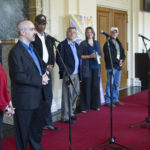 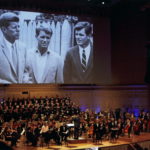 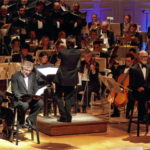 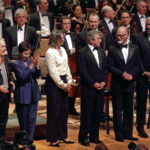 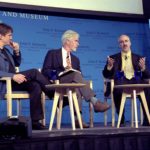 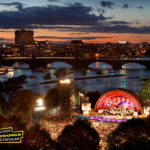 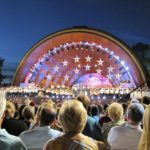 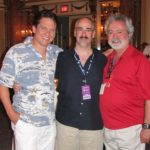 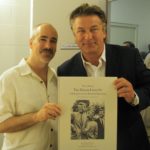