Boyer’s Ellis Island received lengthy standing ovations from extremely enthusiastic audiences, which were captured for the Great Performances broadcast. For the Saturday, April 8 performance, no less than 37 former recipients of the Ellis Island Medal of Honor were in attendance, adding a very special element to the event. 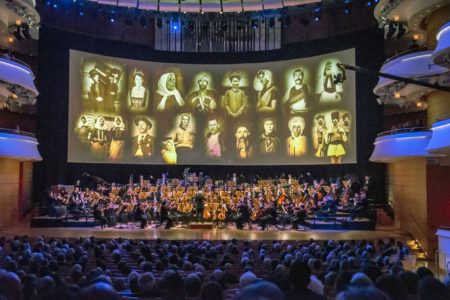 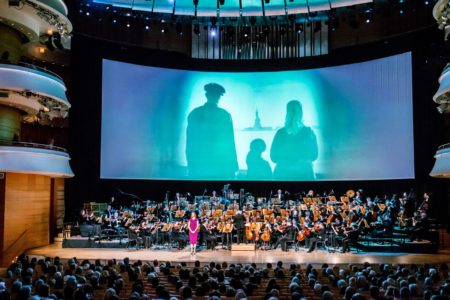 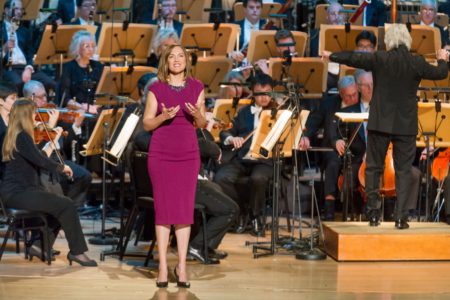 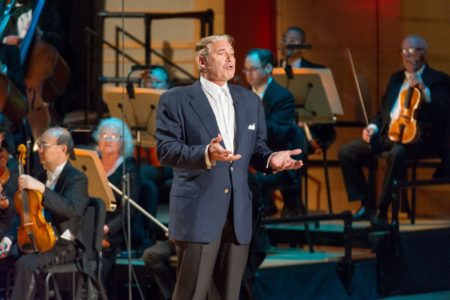 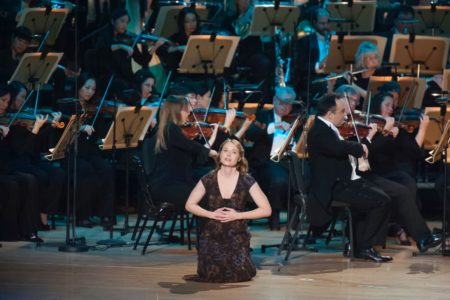 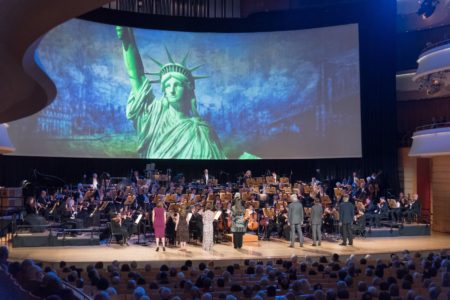 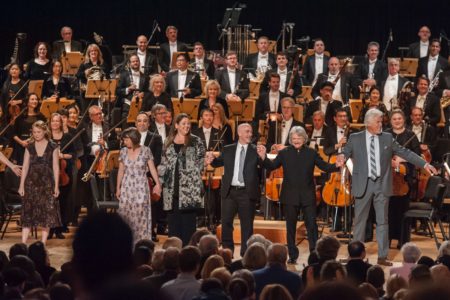 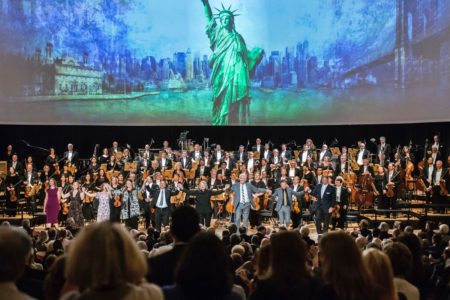 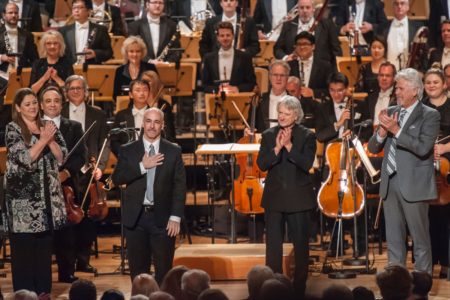 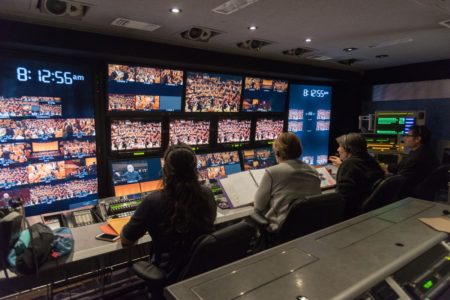 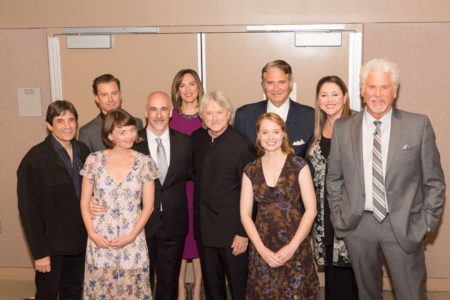 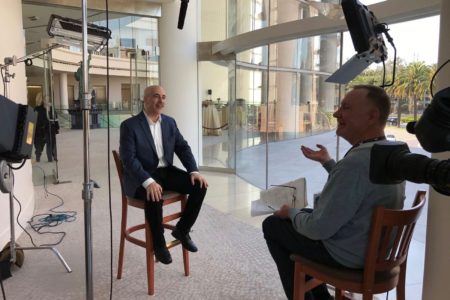 The performances received positive reviews from music critics in the Los Angeles Times and the Orange County Register, with the latter being particularly effusive.

Composer Peter Boyer’s Ellis Island: The Dream of America seems tailor-made for PBS. The piece traces the experiences of seven immigrants from seven countries on their way to America, using monologues from actors with orchestral underscoring and interludes… It’s easy to see why Ellis Island has had legs since its premiere in 2002… The piece makes its appeal emotionally and directly… Boyer deftly heightens the emotions of the text as good underscoring should do.

More than 15 years later, Ellis Island retains its power — not only to move us, as it has in almost 170 performances since its 2002 premiere, but because of its fresh relevance… Boyer writes in an accessible style, reminiscent of film composer John Williams, which at its best is warm, attractive, emotionally persuasive and expertly crafted. Those who expect more complexity and less tradition from their new music concerts would undoubtedly be put off by his style, but only a cynic would deny the effectiveness of Boyer’s approach, especially for this subject… Those who might dismiss Ellis Island as an exercise in patriotic propaganda didn’t hear the sincerity, passion and love of country in those seven immigrants’ tales, or the gratitude that lives between the lines.

The concerts were the focus of Pacific Symphony’s 17th annual American Composers Festival, and also featured The Dharma at Big Sur by John Adams with electric violinist Tracy Silverman, and Blue Shades by Frank Ticheli. (Only Boyer’s work will appear on Great Performances.) The complete press release can be found here. These performances of Boyer’s Ellis Island featured a completely new, full-length accompanying visual presentation for the work, commissioned by Pacific Symphony for this production.

Peter Boyer’s Ellis Island: The Dream of America will have its broadcast premiere in 2018 (date TBA) on more than 300 PBS stations by Great Performances, America’s preeminent performing arts television series. Subsequent broadcasts will occur over the next three years. John Walker is producer and Matthew Diamond is director for Ellis Island. The Great Performances series producer is Bill O’Donnell, and the executive producer is David Horn.