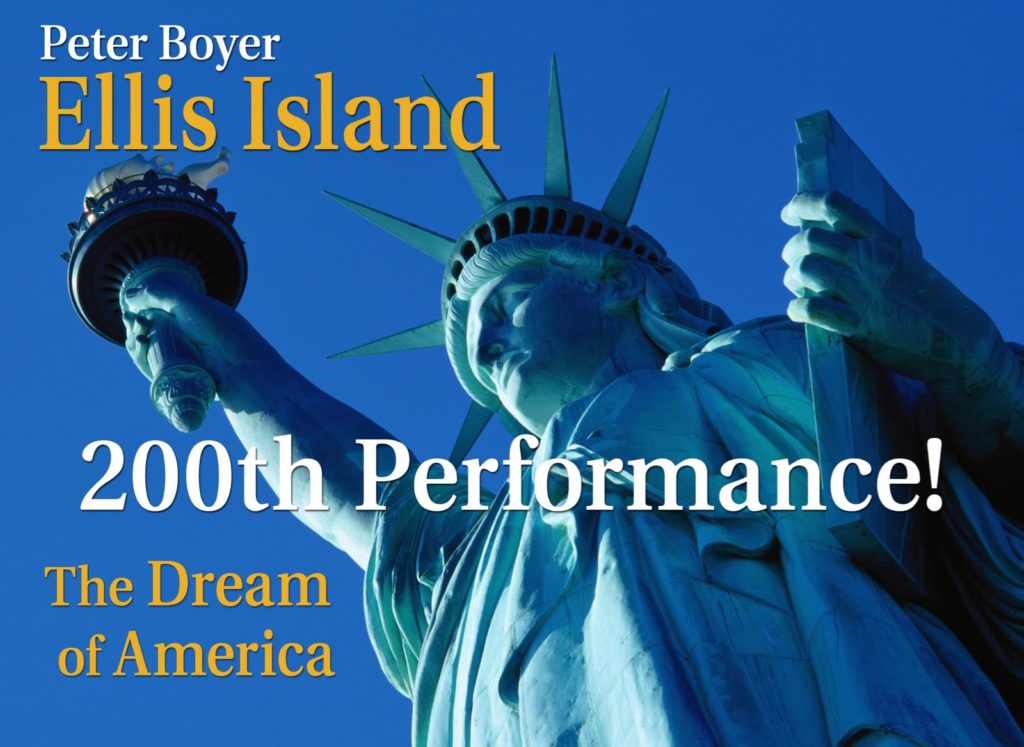 The 200th and 201st performances of Ellis Island were educational performances given by the Toledo Symphony, conducted by Matthew Kraemer, at the Toledo Museum of Art Peristyle.