Two significant interview features with Peter Boyer were published back to back. BMI published a video interview with Boyer, in discussion with Deirdre Chadwick of BMI Classical, celebrating Classical Music Month, and focusing on various aspects of Boyer’s career. The interview, which includes video from Boyer’s recording sessions with the London Philharmonic Orchestra at Abbey Road Studios, can be seen here. 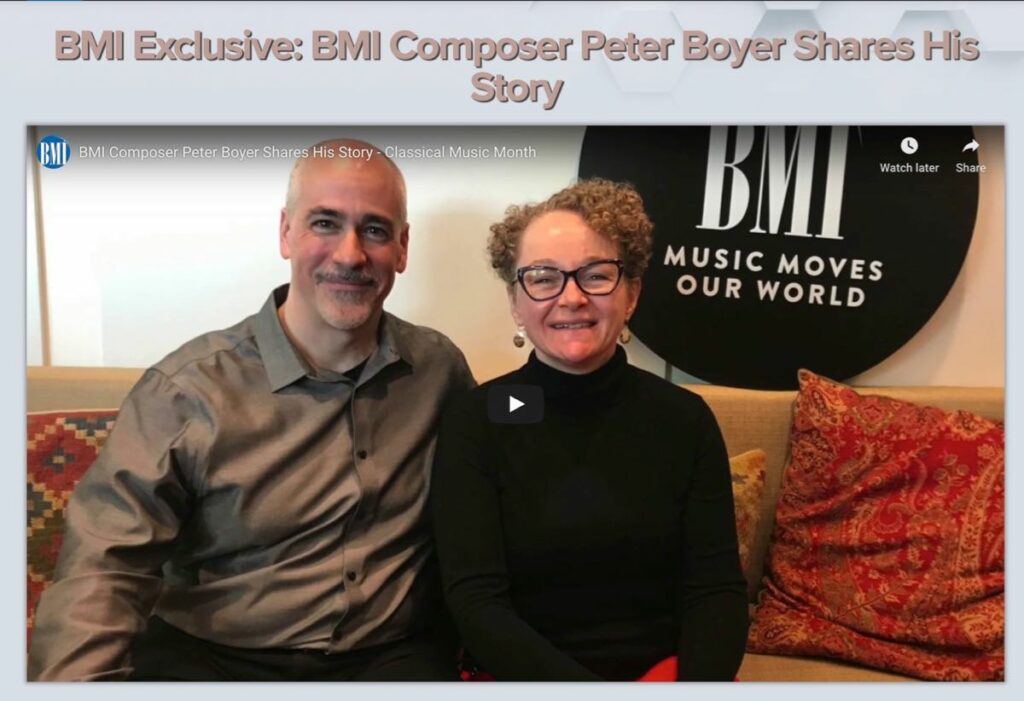 The Milan-based website The Legacy of John Williams published an in-depth interview with Boyer, in conversation with Maurizio Caschetto, focusing on Boyer’s work and career, and the influence of John Williams, both on Boyer personally, and in the music world more generally. This website has featured interviews with such musical luminaries as John Mauceri, Leonard Slatkin, David Newman, and Richard Kaufman. Boyer’s interview can be seen here.