Silver Fanfare has enjoyed several special distinctions in high-profile programs: it was the opening work of the 2015, 2016, and 2017 seasons of the Hollywood Bowl (sharing the bill with rock/pop groups Journey, Steely Dan, and The Moody Blues); the opening work of the 2011 season of the Boston Pops; nationally telecast from the Nashville Symphony’s 2019 Fourth of July concert with fireworks before an immense audience; and was performed during the opening week of the San Diego Symphony’s Rady Shell in 2021.

A new version for concert band, transcribed by Don Patterson, was created for “The President’s Own” United States Marine Band in 2019, and performed on that famed ensemble’s West Coast concert tour in October 2019 (including a concert at UCLA’s Royce Hall, at which John Williams made a surprise appearance to conduct his own music).

Silver Fanfare was composed as the first movement of the six-movement work On Music’s Wings, commissioned by Orange County’s Pacific Symphony to celebrate its 25th anniversary. Since the 25th is considered the “silver” among anniversaries, I chose that descriptor for its title. Though the larger work from which it comes calls for vocal soloists, children’s chorus, and SATB chorus in addition to the orchestra, Silver Fanfare is for orchestra alone. The first reason for this was a practical one: so that it could be performed separately, as a stand-alone work and concert opener. The second reason was simply to provide a showpiece for the virtuoso orchestra that is the Pacific Symphony. The work maintains a jubilant mood from start to finish.

It has been very gratifying to me that, subsequent to its premiere by the Pacific Symphony, Silver Fanfare has been performed by a number of America’s finest orchestras, including the Boston Symphony, Philadelphia Orchestra, Cleveland Orchestra, Cincinnati Pops, Nashville Symphony, and Hollywood Bowl Orchestra — and that it was chosen to open both the 2011 season of the Boston Pops and the 2015, 2016, and 2017 seasons of the Hollywood Bowl. 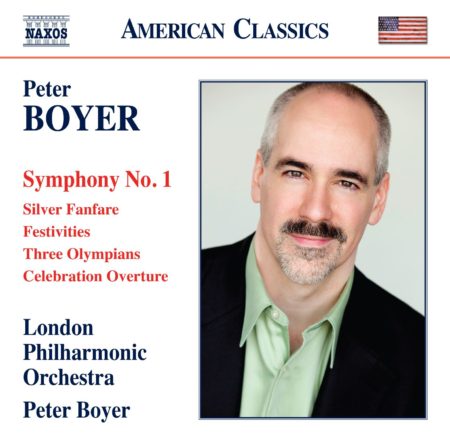 Photos from the Pacific Symphony premiere, rehearsal with the Boston Pops, performance on the Hollywood Bowl Opening Night with Journey 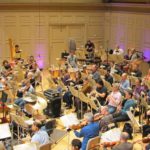 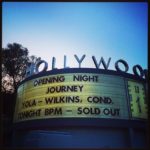 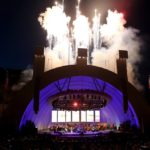 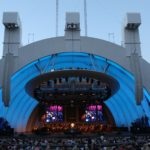 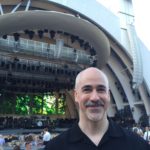 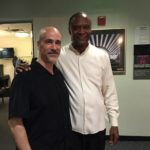