“The President’s Own” United States Marine Band’s concert at UCLA’s Royce Hall on October 23, part of their 2019 West Coast Tour, included Peter Boyer’s work Silver Fanfare, on a concert which featured the music of John Williams, and a surprise appearance by Mr. Williams as a guest conductor.

A significant portion of the program was devoted to the music of Williams, and his unexpected introduction, to conduct his march from 1941 and “The Imperial March” from Star Wars: The Empire Strikes Back, elicited astonishment and huge excitement from the sold out Royce Hall audience. 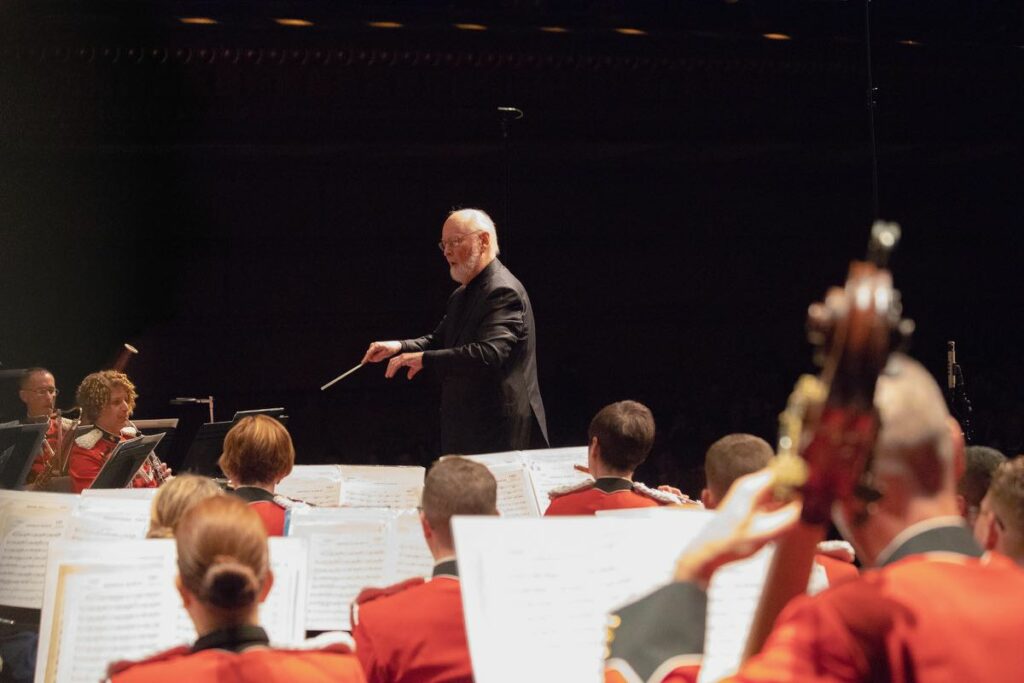 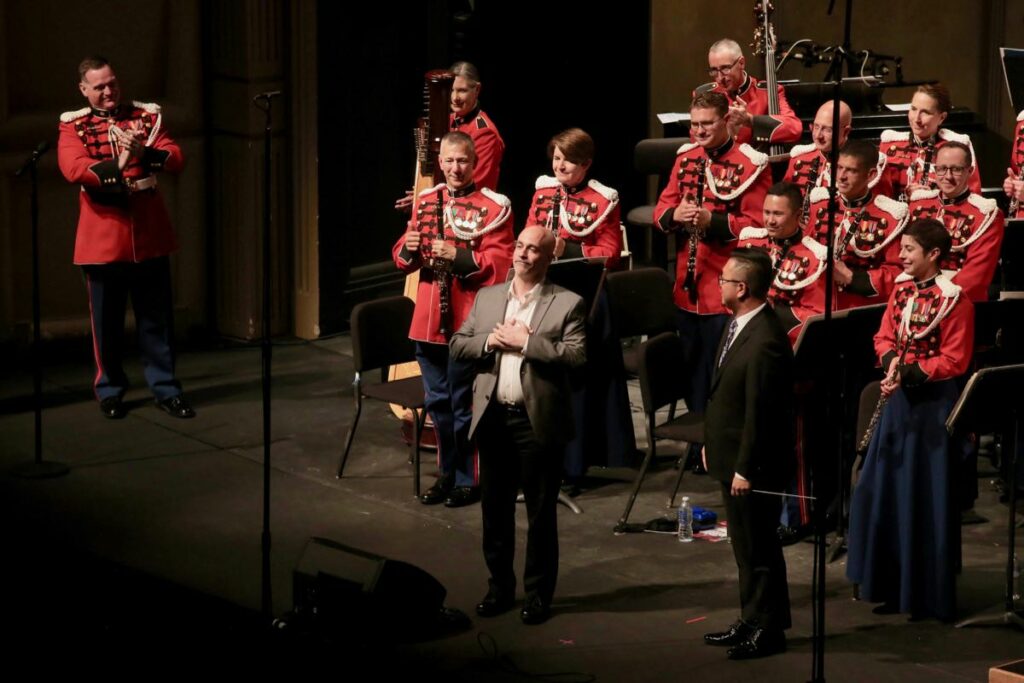 Boyer’s Silver Fanfare, originally composed for orchestra, was transcribed for symphonic winds by Master Gunnery Sgt. Donald Patterson, and given nine performances by the Marine Band on its 2019 West Coast Tour. Most of the tour performances were conducted by Col. Jason Fettig, Director of the Marine Band. The Royce Hall performance of Silver Fanfare was guest conducted by Travis Cross, Chair of the Music Department and conductor of the Wind Ensemble at UCLA’s Herb Alpert School of Music.

One of Boyer’s most popular works, Silver Fanfare has been performed by several of the most prominent American orchestras, including the Cleveland Orchestra, Philadelphia Orchestra, Boston Pops, Cincinnati Pops, Hollywood Bowl Orchestra, and Nashville Symphony.

This is the second consecutive year that the U.S. Marine Band has featured a work by Boyer on its national tour. For its 2018 Midwest Tour, the ensemble included Boyer’s Fanfare, Hymn and Finale, its 220th anniversary commission. For this special commission, Boyer followed in the footsteps of John Williams, whose piece For “The President’s Own” was composed for the Marine Band’s 215th anniversary. 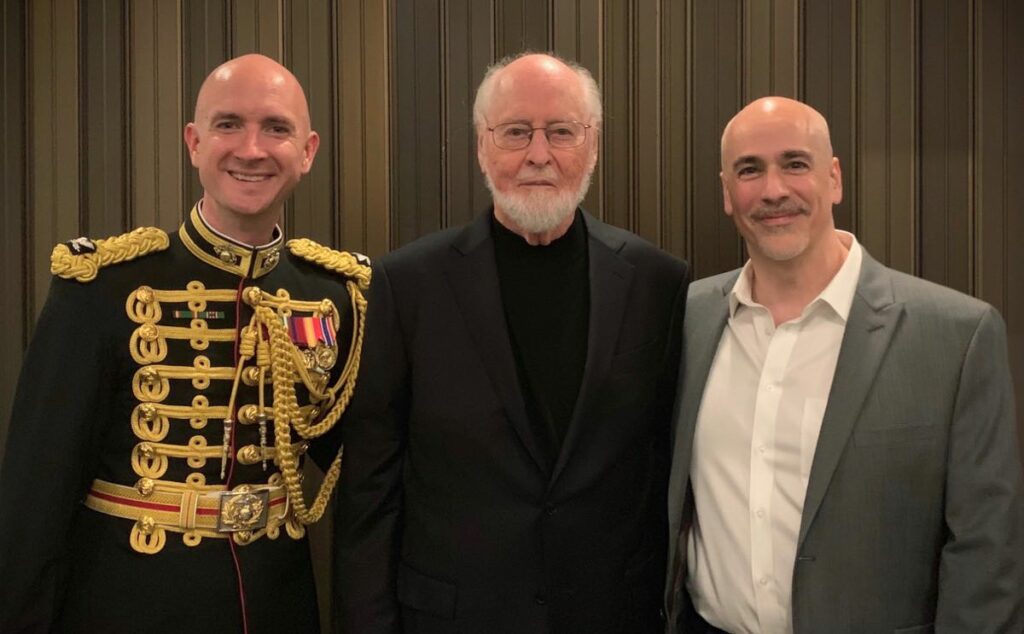 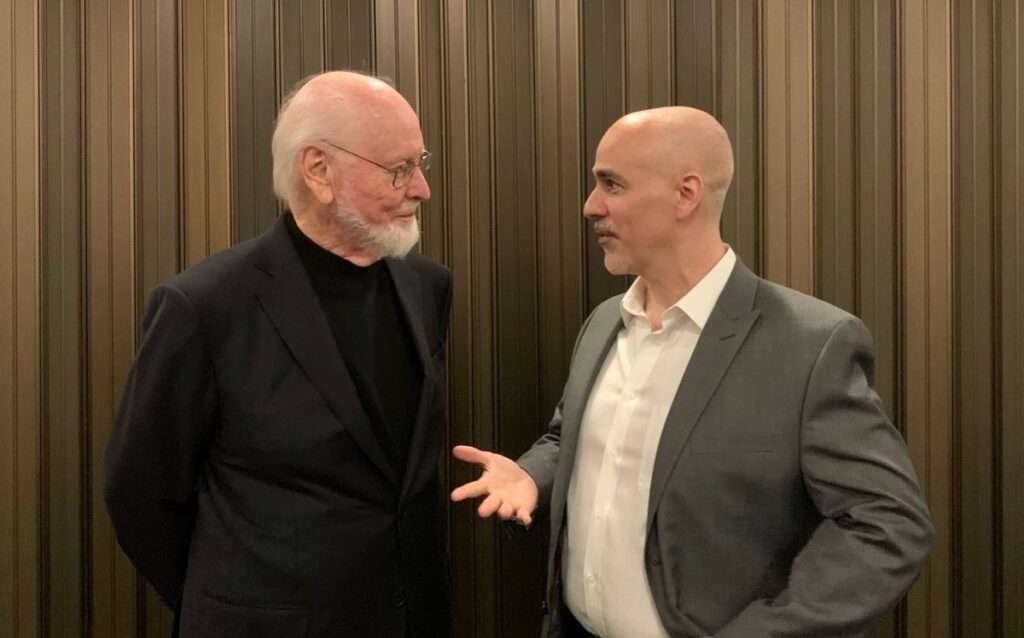 Williams and Boyer discussing their compositions for the Marine Band