Peter Boyer has been commissioned by the United States Marine Band to compose a special fanfare to be performed at the Inauguration of Joe Biden as the 46th President of the United States, at the U.S. Capitol on January 20.

Boyer’s new work, Fanfare for Tomorrow, will be performed as part of the one-hour Prelude music of the Inauguration, conducted by the Marine Band’s Director, Colonel Jason K. Fettig.

“The President’s Own” United States Marine Band, America’s oldest continuously active musical organization, is believed to have made its inaugural debut in 1801 for Thomas Jefferson, the first President to be inaugurated in Washington, D.C., and to have performed at all subsequent Presidential Inaugurations. The Marine Band previously commissioned Boyer to compose a work for their 220th anniversary in 2018, and this superb ensemble has performed his music nearly 25 times, including on their 2018 and 2019 tours.

Fanfare for Tomorrow began as a brief piece for solo French horn, originally commissioned by the Cincinnati Symphony and Pops Orchestra last year, as part of their Fanfare Project in response to the pandemic. Boyer significantly expanded and developed that music for a full concert band for this commission.

Boyer stated, “In these extraordinarily challenging days for our country, I am grateful for this opportunity to contribute some optimistic music to an historic occasion, at which Joe Biden and Kamala Harris will take their oaths of office as the next President and Vice President of the United States. This commission represents one of the greatest honors of my life as an American composer.” 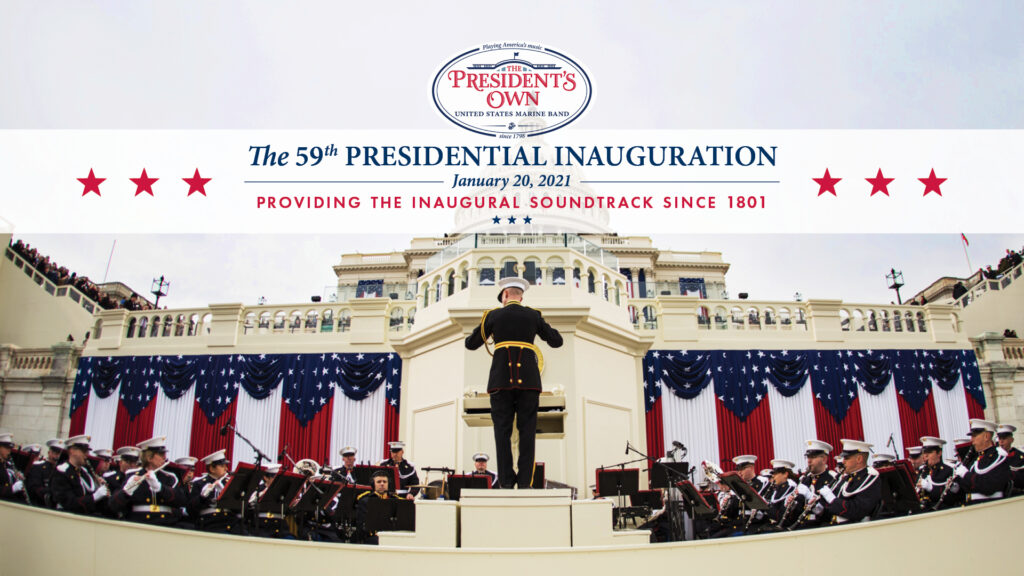