Pianist Jeffrey Biegel and composer Peter Boyer have announced a new project to celebrate the forthcoming centennial of George Gershwin’s iconic Rhapsody in Blue, which was premiered 97 years ago today, on February 12, 1924.

Boyer will compose a new 17-minute work for piano and orchestra, to be titled Rhapsody in Red, White & Blue, with Biegel as soloist. Biegel conceived the project and title of the new work, and selected Boyer as its composer. It is anticipated that Boyer’s new Rhapsody could be programmed alongside the Gershwin, or as a standalone work.

The commission for Boyer’s forthcoming Rhapsody has been fully funded by a consortium of foundation and private donors, secured by Biegel, through the American Composers Forum. The lead funder is the Billy Rose Foundation. This unusual funding arrangement provides orchestras large and small an opportunity to participate in the project without the customary requirement to pay co-commissioning fees. (Orchestras need only pay standard rental fees, plus Mr. Biegel’s performance fee, to perform the new work.)

With full funding in hand, the project’s goal is to assemble a nationwide consortium of orchestras and conductors to perform the new work, with Biegel as soloist, both before and after the Gershwin centennial date of February 12, 2024. As orchestras gradually return to normal operations post-pandemic, the Rhapsody in Red, White & Blue project will provide an attractive and accessible project opportunity for many. 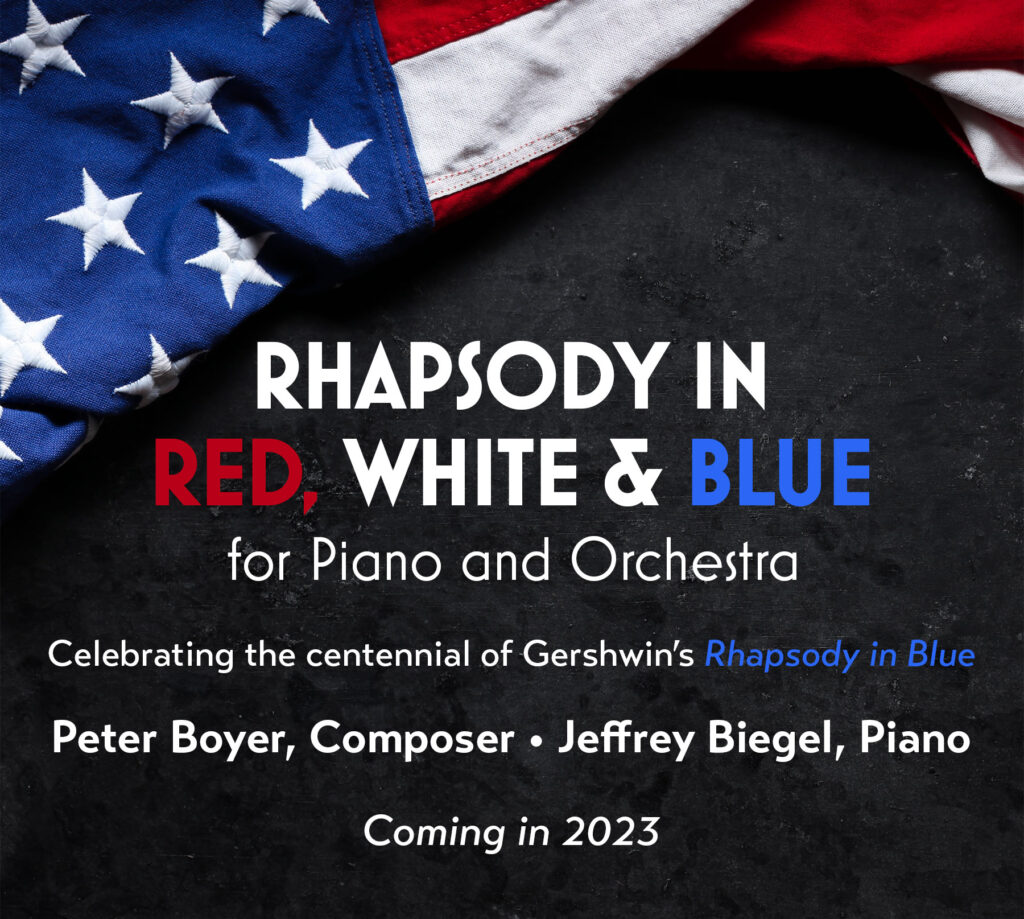 A tireless champion of new music for piano and orchestra, Jeffrey Biegel has premiered numerous works created for him by many of America’s leading classical composers, and has been the driving force behind an impressive array of commissioning consortia. Over more than two decades, Biegel has premiered works by William Bolcom, Richard Danielpour, Kenneth Fuchs, Lowell Liebermann, Lucas Richman, Jake Runestad, Peter Schickele, Charles Strouse, Christopher Theofanidis, and Ellen Taaffe Zwilich, among others. Biegel’s performance of Fuchs’s Piano Concerto: Spiritualist, with the London Symphony Orchestra conducted by JoAnn Falletta, was featured on a Naxos recording which won the Grammy Award for Best Classical Compendium in 2019. Biegel’s extensive discography includes Bach on a Steinway, the first recording released by the Steinway & Sons recording label, and multiple recordings on the Naxos American Classics label.

In recent years, Boyer’s profile as a “go to composer” for American subject matter in the classical music world has risen ever higher. His Grammy-nominated work Ellis Island: The Dream of America was produced for PBS’s eminent Great Performances series with the Pacific Symphony, and has received over 200 performances by 100 different orchestras. His work A Portrait of the Kennedy Brothers, the Boston Pops 125th anniversary commission, was narrated by actors including Robert De Niro, Morgan Freeman, Ed Harris, and Alec Baldwin. Other American-themed commissioning projects for Boyer have included three for the Cincinnati Symphony and Pops Orchestra, and one from the Kennedy Center for the 90th anniversary of the National Symphony Orchestra. Venturing into the concert band world, Boyer has twice been commissioned by “The President’s Own” United States Marine Band, including a fanfare premiered at the Inauguration of President Biden. 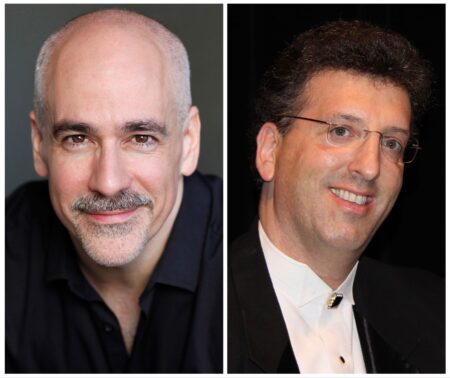 Boyer stated: “Having long admired Jeffrey Biegel’s virtuoso piano technique, beautiful sound, and his indefatigable efforts to bring new American music into the world, I’m delighted that he has invited me to be part of his latest commissioning project, which promises to be a special one. Though of course it’s daunting for any American composer to attempt to compose a work which might stand alongside Gershwin’s iconic Rhapsody in Blue, Jeffrey’s confidence and boundless energy embolden me to give it my best efforts. No doubt it will be a thrilling challenge to undertake the creation of this new work.”

Biegel commented: “In addition to my love for the classic repertoire, much of my life has been devoted to cultivating new music for piano and orchestra by American composers. To celebrate the centennial of George Gershwin’s Rhapsody in Blue in 2024, I conceived the idea for the Rhapsody in Red, White & Blue project, and chose Peter Boyer, whose music has become widely respected in America and abroad. His musical vocabulary and sensibilities are perfect for this special project. My hope is to offer orchestras the opportunity to herald the birth of a new work while celebrating the anniversary of an American classic. I look forward to having orchestras and conductors join us on this musical journey!”

Rhapsody in Red, White and Blue will be available in early 2023, with the specifics of the premiere to be determined. Conductors and orchestra administrators who wish to participate or receive additional information may contact Jeffrey Biegel directly at BiegelJeffrey@gmail.com.