The new orchestra version of Peter Boyer’s Fanfare for Tomorrow received its first performances by two acclaimed orchestras and conductors, just one day apart. On July 3, 2021, Gerard Schwarz conducted the premiere of this version with the Eastern Festival Orchestra at the Eastern Music Festival in Greensboro, North Carolina. On July 4, 2021, John Morris Russell conducted the work to open the program by the Cincinnati Pops Orchestra at the Riverbend Music Center in Cincinnati, Ohio. In both of these cases, these were the first performances by full-sized orchestras in their communities since the onset of the coronavirus pandemic.

Fanfare for Tomorrow was originally commissioned as a brief solo horn piece, as part of the Cincinnati Symphony Orchestra’s Fanfare Project in response to the pandemic. Boyer expanded and orchestrated the work for the commission by “The President’s Own” United States Marine Band, which was premiered at the Inauguration of President Joe Biden.

These performances continued longstanding relationships between Boyer and these conductors. Gerard Schwarz and the Eastern Music Festival had commissioned Boyer’s Festivities in 2011; John Morris Russell and the Cincinnati Pops Orchestra have given many performances of Boyer’s music, particularly Rolling River (Sketches on “Shenandoah”), which they commissioned and recorded in 2014 (and also performed on this Fourth of July concert). 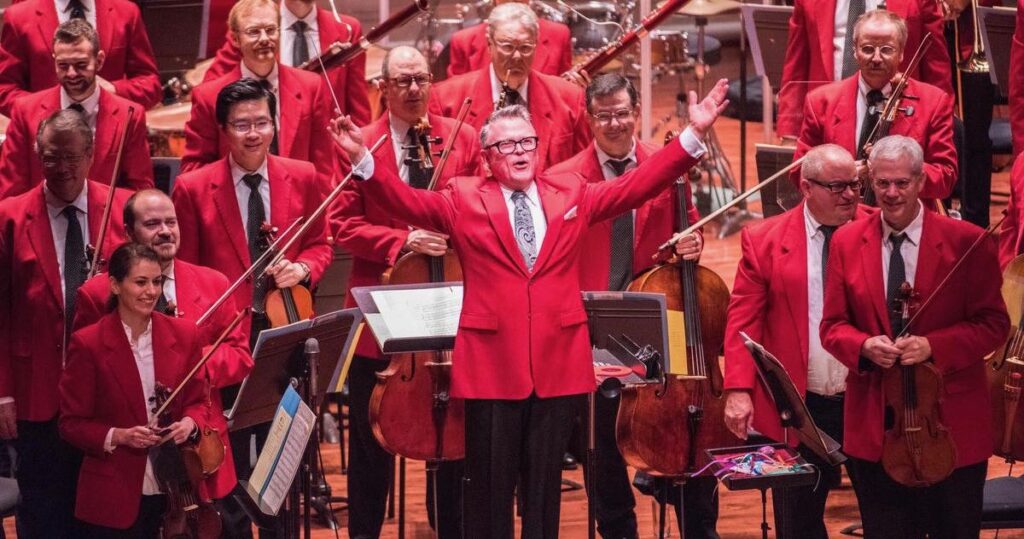